Were you born with the desire to serve great food? Do you want to wake up each day knowing that the hard work you put into your job will be a concrete investment in your future?
Then a Rocky's franchise may be for you. Rocky Rococo franchise owners are fueled by an entrepreneurial spirit for building businesses and communities. Currently, we’re opening locations in Wisconsin but anticipate growth in the Midwest in the near future.

What we ask from you

Willingness to put your heart into your Rocky's business.

Must love pizza and be ready to spread some amoré!

Why Join the Rococo Family

The Rocky Rococo name has been synonymous with quality since 1974. Many of the Rococo locations are corporate owned. Why is this important? Unlike other chains that focus solely on franchising, Rocky's corporate team has a vested interest in the success of our restaurants. Simply put, we know how to run a Rocky Rococo Pizza and Pasta restaurant.

We offer support from start to finish including assistance in securing finance, site selection, construction, staff training, marketing, and all other aspects of starting your business. Once you are open, you can expect the same high level of support from the Rocky's corporate team.

We offer extensive training and operating systems to help build your business. Our support team of experts will support you every step of the way. 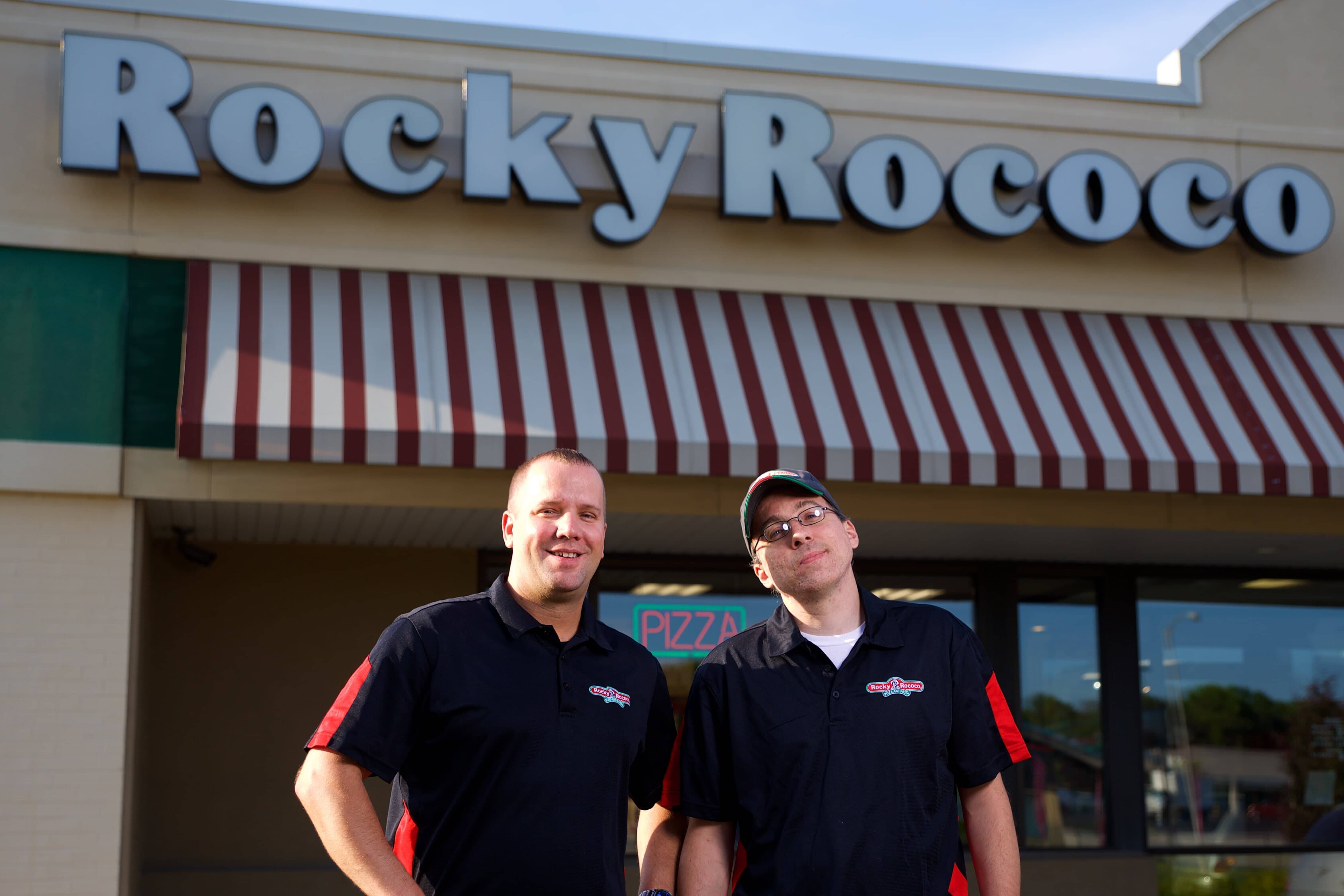 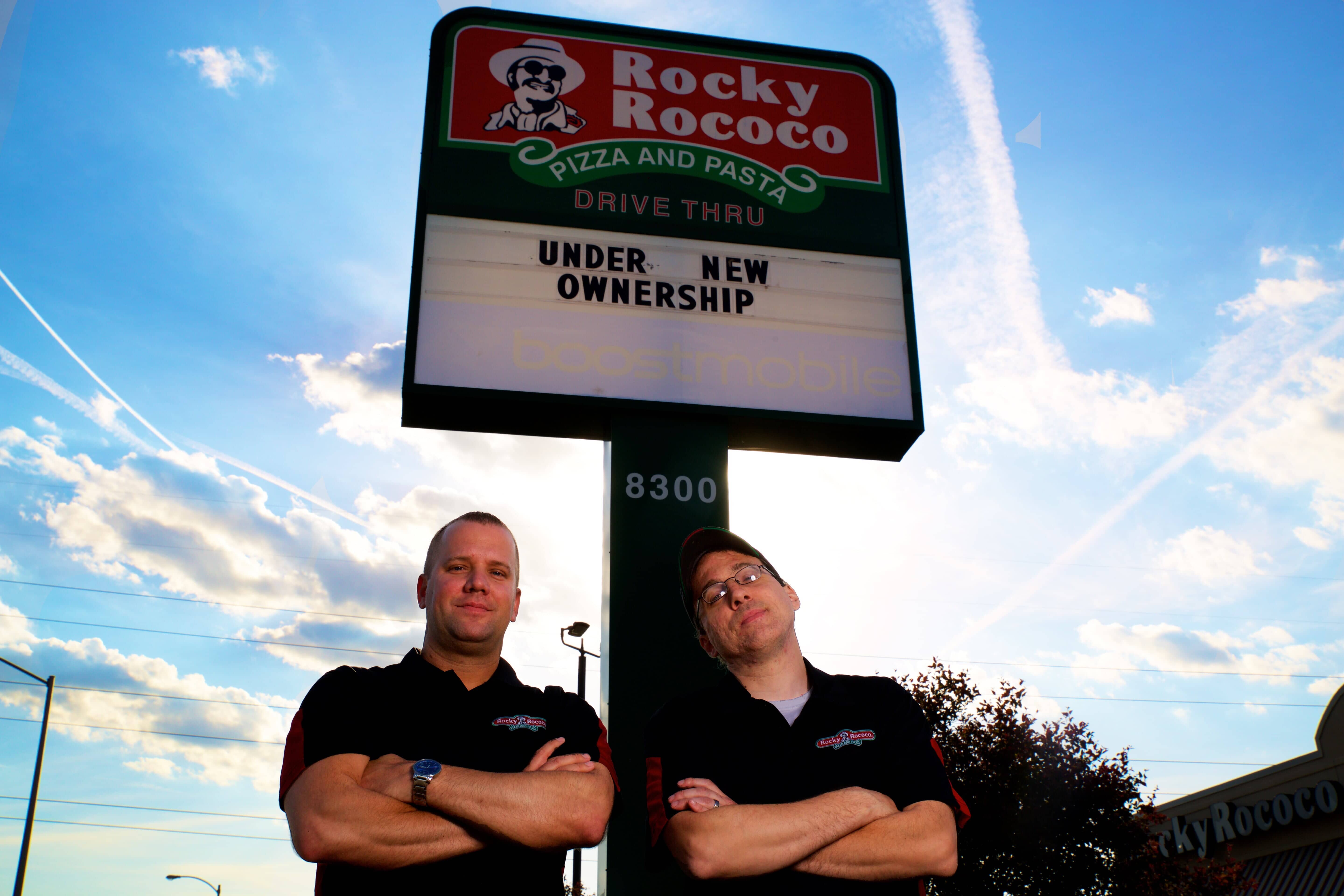 Heyden Penkert
One of 8 children and the first generation born in the US in his family, Heyden has been in the restaurant business since he began his working career. He has been a part of the management teams for Chick-fil-A, Cracker Barrel, and Buffalo Wild Wings. After years of developing management expertise and investing in the assets of other owners, Heyden decided to own his own future and become his own boss by investing in a Rocky Rococo franchise. Why Rocky's? Because Rocky's is a Wisconsin staple with excellent brand recognition. Partnering with his childhood friend, Matt Rooney, Heyden now owns/operates the Brown Deer & Grand Avenue locations in the Milwaukee area.

Best part of being a franchisee: "There are many ladders to climb and promotions to be earned in a big company but there is always a limit to that growth! The day I realized that there truly are NO LIMITS to what I can do as a franchisee, all the worries and concerns vanished. I could take a deep breath and feel confident that my experiences, skills and industry knowledge will take me anywhere I want to go."
Matt Rooney
With dreams of graduating from Culinary Arts School, Matt enlisted in the Army and proudly served as a combat engineer for three years. After leaving the military, Matt took advantage of the GI bill and attended and graduated from Culinary Arts School. His career in the food industry eventually led him to Rocky Rococo, where he was a hard-working and effective General Manager for three years. Matt eventually decided to own his own future and invested in the Grand Avenue location. About 3 years later, another opportunity emerged to own the Brown Deer location. In order to balance his work/family life, Matt approached his childhood friend, Heyden Penkert, to be his partner in the new venture. Now the two are successfully operating two restaurants and hoping for more!

Best part about being a franchisee: "Everyone doubted me and told me I couldn’t do it. So the look on their faces is priceless when they find out that I own my own business. You only need one person to believe in you and that’s yourself."